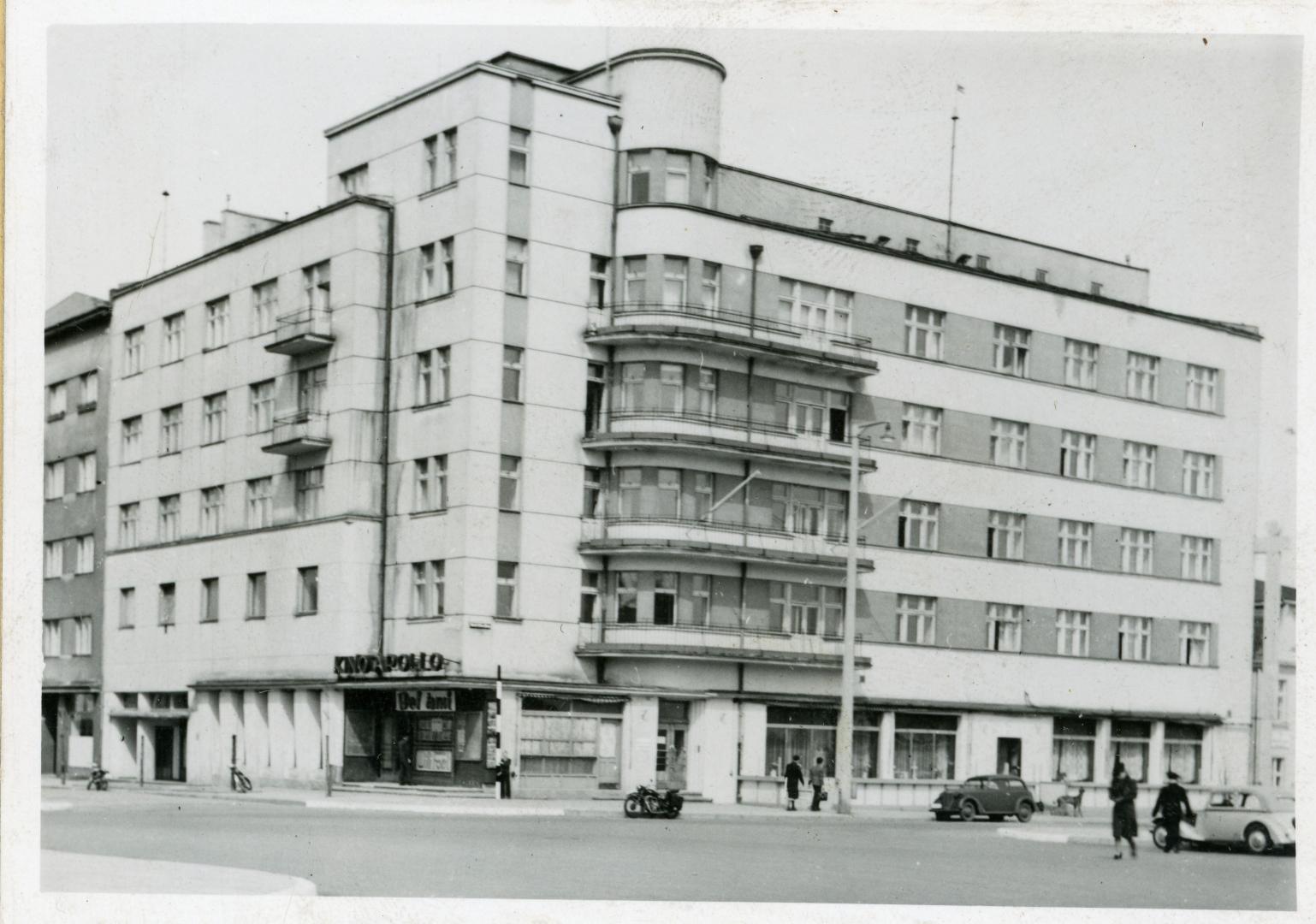 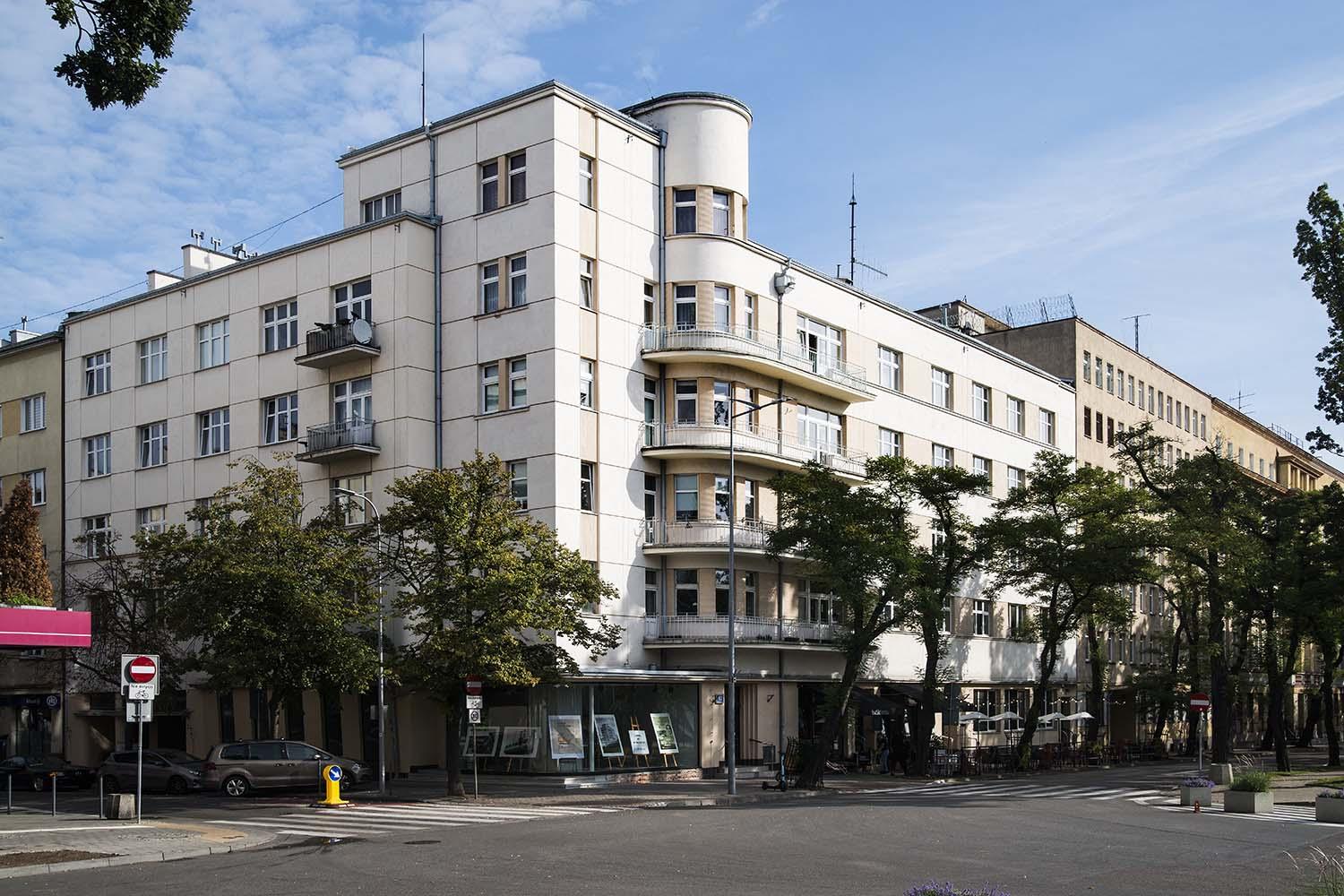 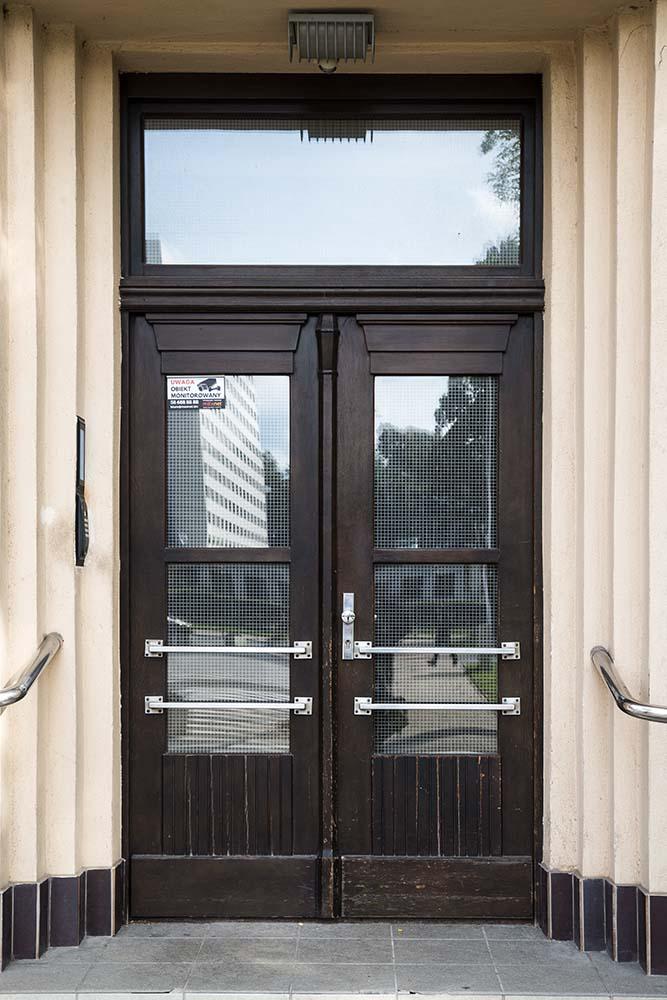 In October 1928, Tadeusz Jędrzejewski, a graduate of the Warsaw University of Technology (1928) and the architect of a newly registered company Architectural Design Studio Włodzimierz Prochaska, Stanisław Garliński, Tadeusz Jędrzejewski. Architecture Engineers designed the tenement house in 10-20 Kościuszki Square for an engineer from Wejherowo, Stanisław Pręczkowski.

The building was constructed in three stages: in 1930-1931, its corner part and a piece of the wing facing Kościuszki Square was built. It was finished in 1935. Over the next two years 1936-1937, the tenement’s wing facing Żeromskiego Street and “Polonia” cinema were constructed.

It was a grand corner tenement house with. It had a five-storey corner, a four-storey side, a flat roof, three staircases and a lift.

There were 2 and 3-room apartments and the two middle apartments could be combined into a 6-room one.

Pręczkowski’s tenement house has an asymmetrical composition. The recessed offset corner is the building’s dominant element. On the side facing Kościuszki Square, it transitions into a higher cylindrical form which resembles a captain’s bridge. The offset’s streamlined shape is highlighted by the balconies with simple openwork metal balustrades.  The building is an example of functionalism and it began the so-called ocean liner trend in Gdynia’s architecture. In the combination of cuboid and streamlined forms proposed by the architect, we can see clear inspirations with European expressionism and the buildings by Erich Mendelsohn as well as Dutch neoplasticism, for example the architectural design of the Hague department store by Jan Buys (1928).

The tenement’s elevation was finished with a special plaster coating called Felzytyn S which imitated stone panels. It was produced by the Felzytyn i Trocal company from Lubartów. In the 30s, it was advertised as artificial limestone. On Pręczkowski’s tenement house’s elevation there was a composition of what looked like cladding panels. They were separated by narrow grooves which imitated dulled sand-coloured stone panel’s joints. To add variety to the bright façade, the areas between windows were highlighted with warm beige grooved textural stripes

Three offset portals with glazed in double doors, glazed in transom windows and metal hand-rails were placed in the building’s side facing Kościuszki Square.

The floor in one of the three staircases was finished with grey terrazzo and a pink frame.

The half-turn stairs with a solid brick balustrade finished with a wooden handrail, light grey terrazzo treadboards and honey-coloured risers made of the same material are original too.

The flooring next to the former “Polonia” cinema entrance finished with a rare light pink terrazzo surrounded by a black frame is also worth noticing.

Pręczkowski’s tenement house which is believed to be the best modernist building in the 20s Gdynia was entered into the register of monuments on 19th November 1996 under the number 1617 (1159). 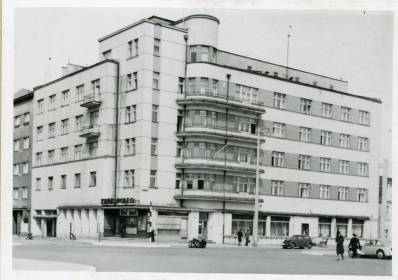 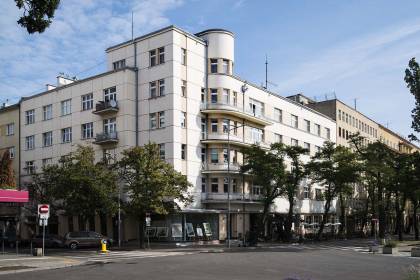 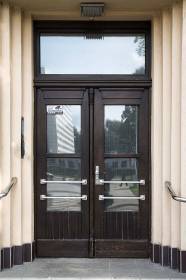