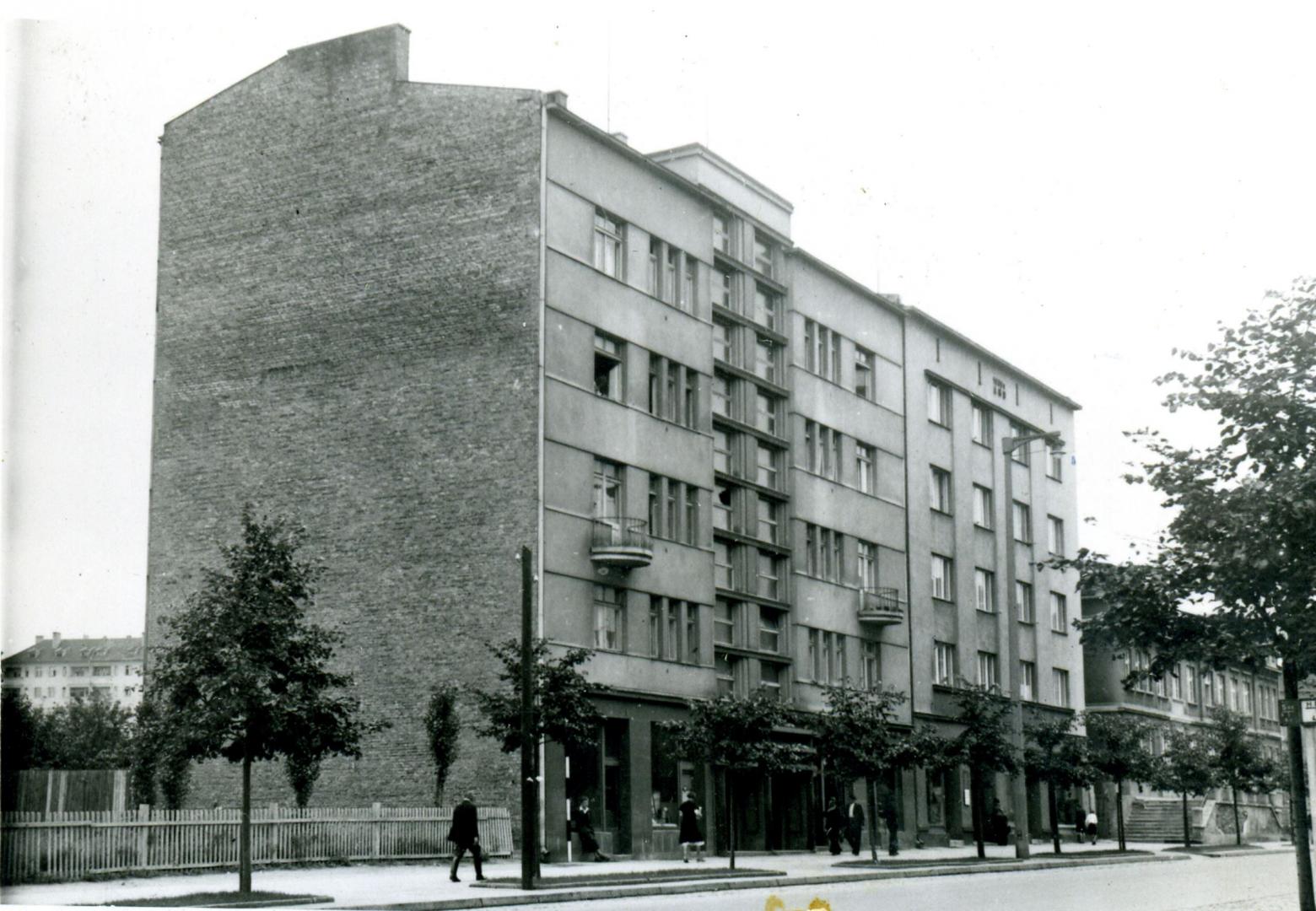 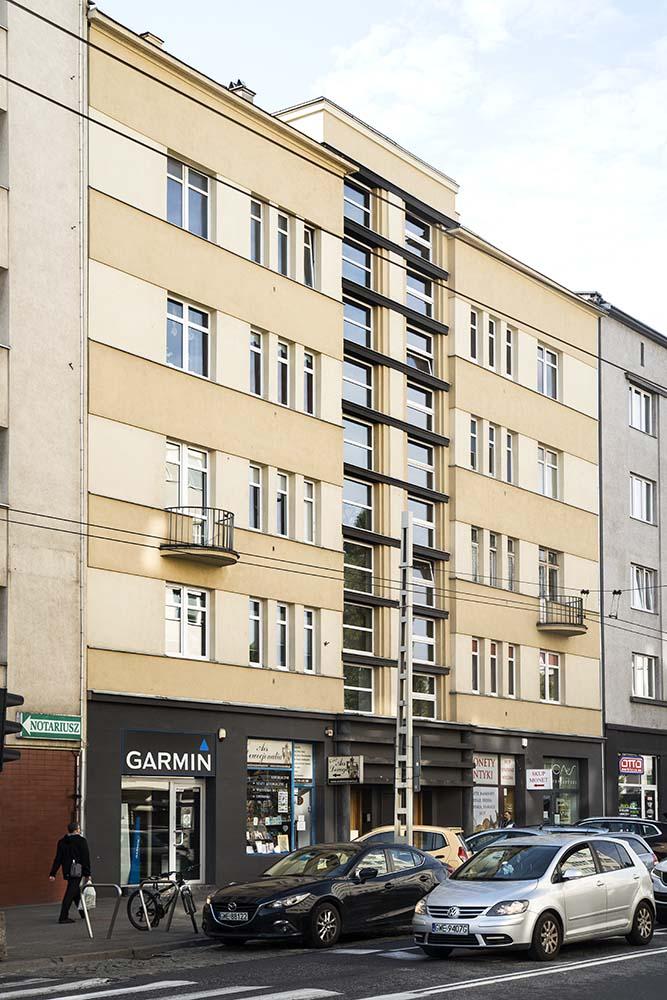 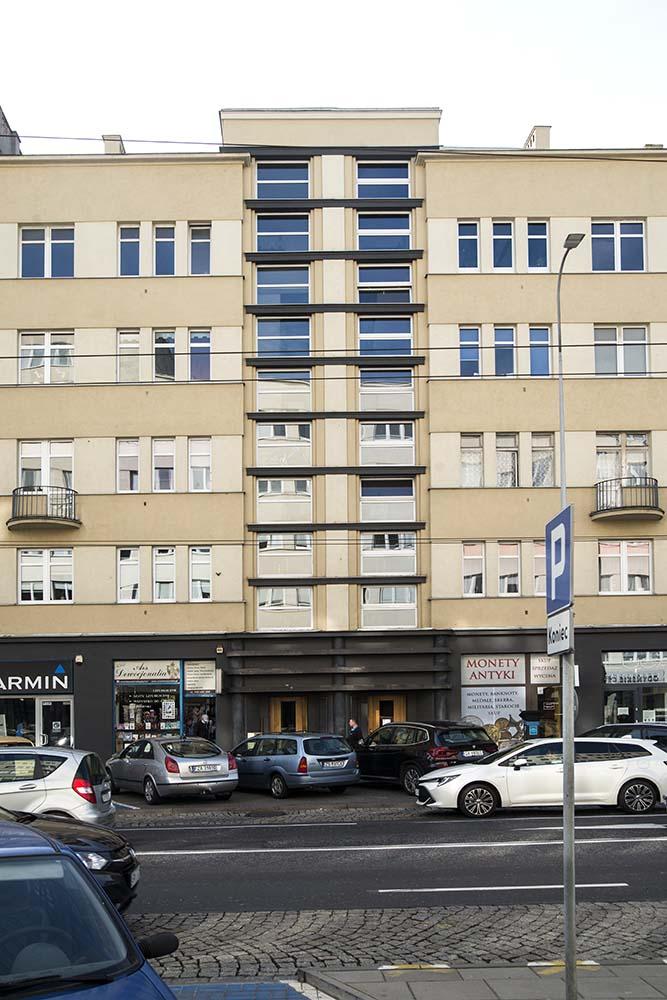 The tenement house which belonged to Miron Mikociński MD and Stefan Zdzieszyński was built in one of the main streets of Gdynia. It was a combination of elements which could be place somewhere between the early and late functionalism. It was designed as a semi-detached building with residential space in the attic and was given a façade layout which is determined and emphasized by two separate staircases. Contrary to a typical arrangement of particular tenement’s elements, the utility rooms or passageways and, above all, the staircases were placed in the building’s front here. Thereby, the residential part was located in the south part which gave it access to more sunlight during the day.

The façade is dominated by the artistically developed vertical part with the thermometer-type window. Horizontal elements like darkly plastered window ledges and muntin bars were juxtaposed with two vertical axes of staircase windows. Four brightly plastered stripes with vertically elongate apartment windows which mark the building’s particular floors were placed on their sides. They were placed in combinations of three double sash windows. On the second floor, a semi-circular balcony was added to them.

Th lower part of the façade was accentuated with pewter which can also be found on window ledges. In this part, there is a double recessed portal with nooks finished with a fluted ornament with thin, horizontal lines whose vertical counterparts were also placed on the cornices crowning the portal.  The use of light wood in the door woodwork is and interesting contrasting technique. They were finished with a large pane of glass as well as horizontal and vertical bars which are a reference to the geometrical arrangements in the entire façade.

In this part of the building, the dark framing of the portal was used too. However, contrary to the front, the plaster on the entire face of the wall is one-coloured.

The building’s structure was based on reinforced concrete pillars and binding joists, which was the first construction solution of this type in Gdynia’s tenement houses. 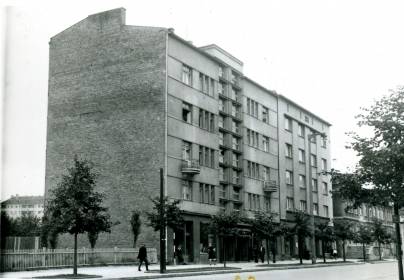 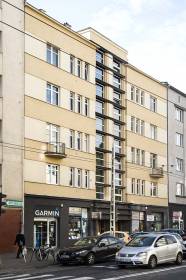 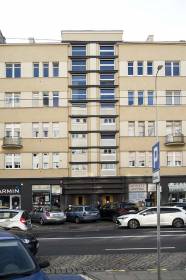 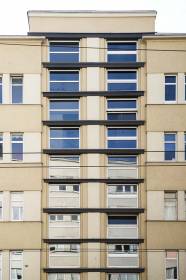 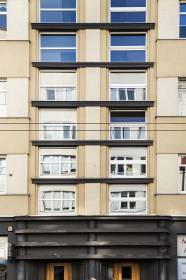